Steamboats on the Red 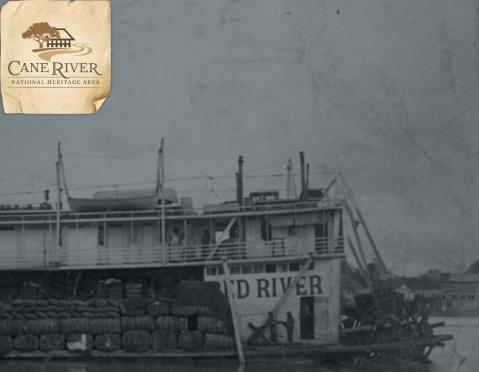 NATCHITOCHES, LA – Cane River National Heritage Area, Inc. (CRNHA), will host a brown bag lunch and learn lecture entitled, "Steaming up and down the Red River" on Saturday, May 25, 2019 at the U.S. Army Corps of Engineers Grand Ecore Visitor Center.

Red River Historian Robin Cole-Jett will visit Natchitoches again to conduct at talk which will highlight all sorts of boats going up and down the Red River in the 19th century. Starting with pirogues and ending with barge traffic, Robin will use historic images, maps, newspapers, and first-hand accounts to explain the history of packet travel along the historic river, with some special attention paid to wreckage in the waters.  “Having explored and studied the history of the Red River, Robin Cole-Jett has a wealth of knowledge about the Red River and the role it played supporting travel and commerce.” remarked CRNHA Heritage Ranger Michael Mumaugh.

Robin Cole-Jett is a writer and historian from Denton and Grayson counties, Texas. For almost 20 years, she has been researching all aspects of the history of the Red River - Where the South meets the West - for her website and for her books. A graduate from both the University of North Texas and Texas Woman's University, Robin now works as a Site Interpreter for the Eisenhower Birthplace State Historic Site in Denison, Texas. Her next book on Ghost Towns along the Red River will be out soon.

The presentation will be approximately an hour and half long and held at the Grand Ecore Visitor Center on May 25th from 11:00am-12:30pm. The lecture is free and open to the public. Guests are encouraged to bring their own brown bag lunch. For questions, contact Michael Mumaugh at 318-356-5555.