On Wednesday, April 27th in-house webinar participants took a tour of Mount Clare mansion, one of many NTF sites in the state of Maryland. Mount Clare was built over 250 years ago and is the home of Charles Carroll, Barrister. The mansion was once the hub of an 800-acre agricultural operation and one of the nation’s largest industrial complexes, the Baltimore Iron Works. Over 200 enslaved African Americans labored for Carroll at the Baltimore Iron Works and at the Mount Clare plantation. There are several documented slave escapes from these sites. Participants were able to see an example of interpretation of plantation history that included the history of the enslaved people whose labor helped to cultivate the site.

Part two of the series will take place in August and will focus on researching and submitting successful nominations to the NTF program. Nominations can include sites of documented escapes, routes, buildings, and contemporary repositories for the study of related histories. There are currently three official Underground Railroad Network to Freedom sites in the state of Louisiana: River Road African American Museum (Donaldsonville), Los Adaes State Historic Site (Natchitoches), and the Cammie G. Henry Research Center at Northwestern State University (Natchitoches). Cane River National Heritage Area has supported nominations for both sites listed in Natchitoches. In 2015, the heritage area assisted in funding research for a site near Cloutierville currently being nominated to the NTF program by local ethnographer Rolonda Teal.

The NPS National Underground Railroad Network to Freedom is a program that tells the story of resistance against the institution of slavery in the United States through escape and flight. 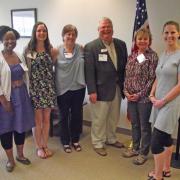 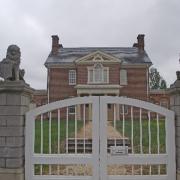 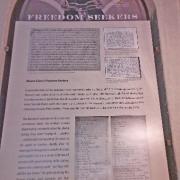 Figure 3. Information on the enslaved African Amer. who lived and labored for the Carroll family operations.