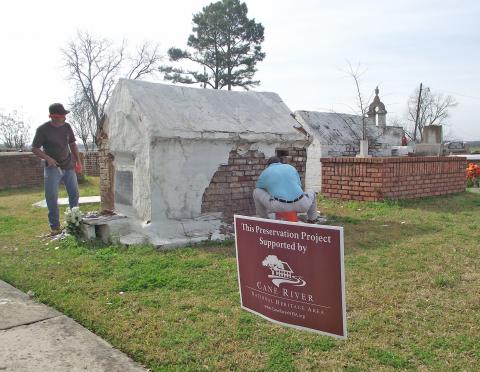 Theodore “Teddy” Pierre, a fourth-generation master craftsman is conducting the conservation work. A native of New Orleans, Teddy Pierre has made it his personal mission to save and restore the historic residences and landmarks that have been cherished by cultural connoisseurs for decades, while also preserving the lost art of the mason. He has salvaged multi-storied walls, chimneys, courtyards, patios and fountains at treasured sites throughout the Vieux Carre’, Garden District, Uptown, Carrollton, Old Metairie and Faubourg Marigny. Pierre will be assisted by, Stephen Roque, a native to the Isle Brevelle community and professional contractor/mason seeking to learn preservation techniques. 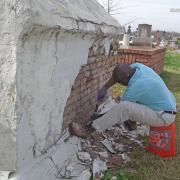 St. Augustine Catholic Church is the first Traditional Cultural Property to be listed on the National Register of Historic Places in Louisiana and the second in the American South. 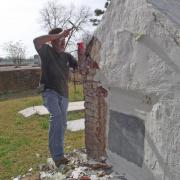