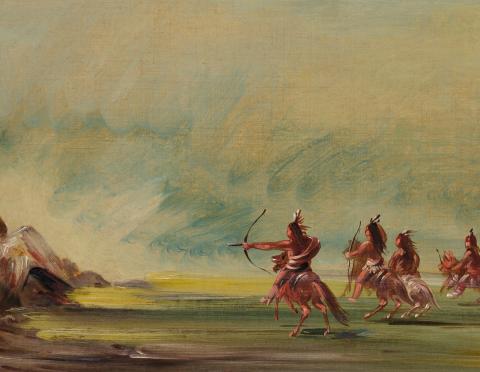 NATCHITOCHES, LA – Cane River National Heritage Area, Inc. (CRNHA), will host a virtual Coffee and Conversation lecture entitled: The Red River Medicine Stone on Saturday, July 25, 2020 with regional historian, Robin Cole-Jett.  “We’re thrilled to have Robin join us again to share her research with our followers as she uncovers some of our region’s most fascinating hidden histories,” remarked Rebecca Blankenbaker, CRNHA Executive Director.

The lecture will explore the Cole-Jett's research of when Anglos first encountered “The Red River Medicine Stone,” a large meteorite along the Red River that the Comanches and Taovayans revered as medicine. The Anglos believed it to be platinum and, subsequently, stole it. Join Robin Cole-Jett, the Red River Historian, via Facebook Live at the Grand Ecore Visitor Center to learn more about the history and legacy of the Medicine Stone, now housed at the Peabody Museum at Yale University.

Robin Cole-Jett is a native Texan with deep roots in Louisiana, she has published the website, Red River Historian - the History of where the South meets the West, for twenty years. A holder of two master’s degrees with doctoral work in anthropology, she is also a community college history instructor, museum consultant, tour guide, and the author of five books. She has spoken previously about the "Great Red River Raft" and "Steamboats along the Red River" at the Grand Ecore Visitor's Center.